A downloadable game for Windows

This is a simple one-screen arcade platformer with a dark minimal wave analog synth soundtrack.

pressing the "F" key at any point switches between full screen & windowed mode.

Points are scored when the player is atop any of the disappearing/reappearing platforms. An extra life is awarded every 1000 points.

Players can jump twice (double jump) in addition to being able to walljump off the left & right game walls. The double jump is restored when atop a platform.

The the player is adjacent to the left or right game walls, pressing jump will perform a wall jump.

+ The middle of the screen is generally the safest. be careful walljumping while the red beam obstacle is present.

+ If you walljump while pressing the opposite direction (timing is critical) you can perform an extra long jump. Be aware this jump isn't as high as the standard walljump.

+ You might not know where to land when you leave a platform. Space out your doublejumps (& wall jump) to buy some time.

Game is a standalone executable file. No installation needed. 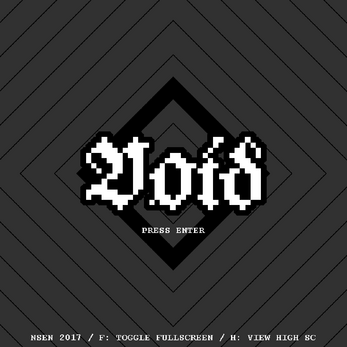 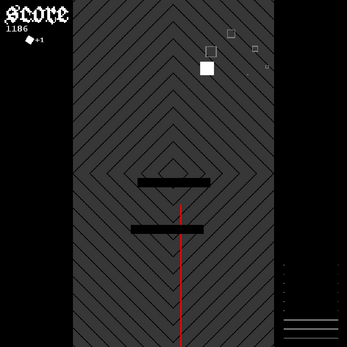 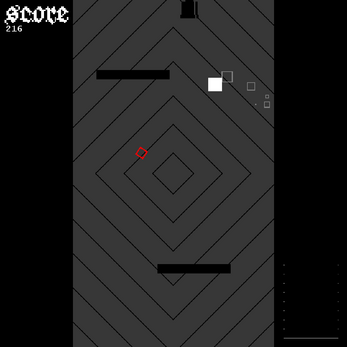